“WE GOT ALL THE TRASH THEY THREW OUT”

Despite the Rosenwald schools built in the 1920s and the equalization of pay for teachers in 1937, the black portion of the segregated school system was still struggling by the 1950s. The overcrowded high school in Rockville had been replaced by Lincoln High School, which in turn quickly became overcrowded. 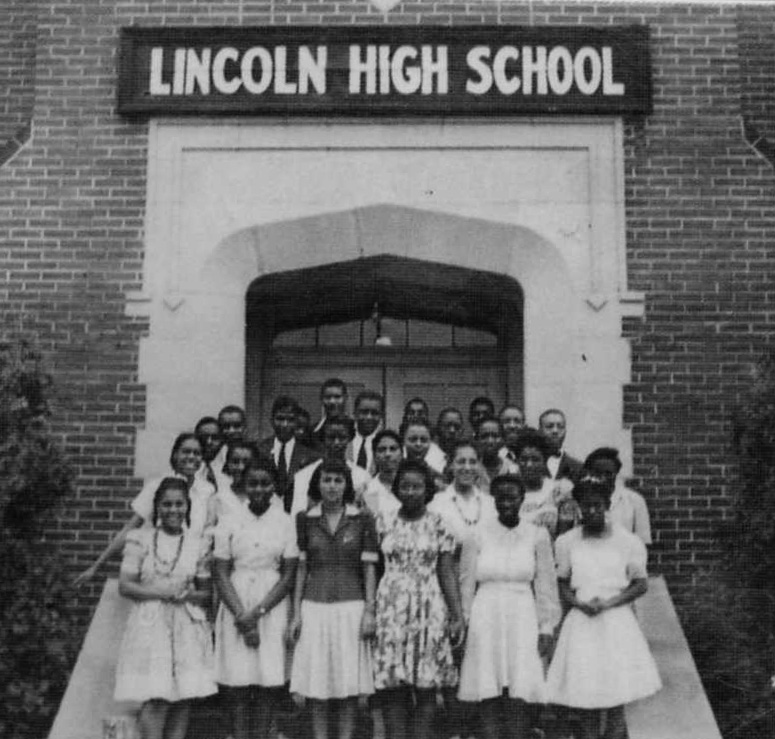 The new Carver High School was built in Rockville in 1951, but it was still the only local option for high school education for black students (the Lincoln building became the Jr. High when Carver was built). Many students from more remote parts of the county were simply unable to attend due to the impracticality of hours-long bus rides in each direction (bus rides which drove past multiple white-only high schools on the way to Rockville).

Several of the black communities were still using one-room schoolhouses with outdoor privies and wood stoves for elementary-age children. By this time, the Rosenwald schools were aging and suffering from lack of maintenance. The per-student funding provided by the County for the black schools worked out to less than half of the funding it provided per-student for white schools. Often the black schools would run out of money before the school year was over, and be forced to close early. This constant lack of support affected materials as well as buildings:

“In a segregated system we had old books, torn books, soiled books, dilapidated buses, materials were bad– very few playgrounds, equipment and things like that.”

“Everything was segregated around here and we didn’t know anything but segregation. We knew the whites had more and better things than we had… We knew they must have had good things because we got all the trash that they threw out.”

“We never had schools measuring up to the other schools, even if it was the building or what not… [the teachers] didn’t have the materials to work with. And I had been–not in this system, but all over Maryland–[enough] to know, that they didn’t have materials. They didn’t have anything, practically, when you stop to think about it.”

“The Board of Education would send a teacher, and some old used books. Everything we had was used out of the white schools. Sometimes the books were so torn up we couldn’t even use them. When I was teaching… you had to make use of everything you had, so I would take out the stories that had all the pages…and have the children make new covers for them, and decorate them, and those were our library books.”

Finally, the overcrowding issue was enough to get the attention of the School Board, and in the early 1950s the County closed several of the old one-room schoolhouses and built four new consolidated black elementary schools: Rock Terrace, Longview, Edward U. Taylor, and Sandy Spring. A fifth was planned for down-county, but never built.

“Now, while I was [principal] at Longview in 1950 to 54… we [had] opened up a new school. We often talk about that. That was really a highlight in all our lives… A lot of things happened. Those were very, very encouraging years.”

The County’s plans to improve the segregated schools were abruptly interrupted by a ruling from the United States Supreme Court in May of 1954: segregation of schools was ruled unconstitutional. Further, all segregated public school systems must commence integration “with all deliberate speed.” A new plan was needed now…