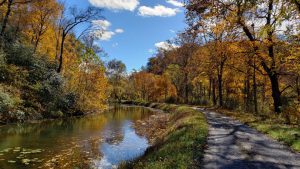 An ambitious project in our nation’s early days, the Chesapeake and Ohio Canal was built alongside the unnavigable Potomac River as a commercial waterway to reach the west. But doomed almost from the start by the railroad, then put out of business altogether by the river flooding–not to mention almost being turned into a parkway–it is now a treasured recreational spot by cyclists, hikers, canoeists and others with technological wonders of its time and natural beauty to behold. 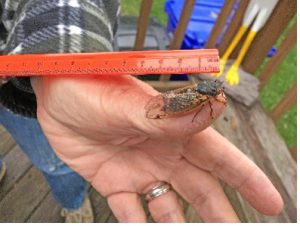 *NEW* The Brood X 17-Year Periodical Cicadas of 2021 in Montgomery County: A Look Back at What was Experienced & Learned

The 17-year periodical cicadas emerged with great gusto in Montgomery County and the DC area, during the spring of 2021. The total life cycle was about 5 weeks long, from May 9 to June 19, in and around Rockville. Brood X laid eggs on many different trees and shrubs including maple, redbud, holly, sycamore, and chestnut trees, as well as rhododendron, forsythia, blueberry and wineberry bushes.  Based on observations of the number of cicada holes in my backyard, I estimated that there could have been as many as 40,000 cicadas emerging there, which would scale up to an estimated 500,000 cicadas per acre. I participated in a citizen science program, using my smartphone, to help university scientists of the Cicada Safari program, study and map the distribution of Brood X. The national cicada program results show that the DC metro area was in the bullseye of the emergence which was so intense that it was detected by National Weather Service radar.

This PowerPoint lecture uses many colorful photos of the 2021 cicada season and discusses the speaker’s backyard science and nature studies of these amazing animals. 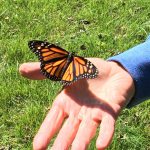 Conserving Monarch Butterflies in Your Own Backyard

The east monarch butterfly population has experienced a significant population reduction in recent years, due in part to the decrease in the amount of milkweed available as a food source. In this fascinating intersection of human and natural history, learn how Clarence Hickey planted common native milkweed in his yard to aid migrating and reproducing Maryland monarchs, and how he raised monarch caterpillars in his home and then released them into the wild. 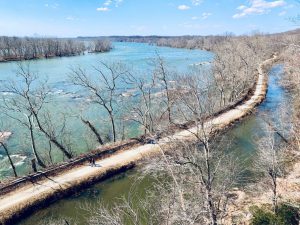 Potomac, a History of the River and the Land

The Potomac River, the dominant geological feature of Montgomery County, has also played a dominant role in American history. It was the first interstate waterway in North America, the spawning ground for the Constitution, and a protective barrier in the Civil War. To travelers today, it is a time tunnel to 250 million years of history. Learn this history from Jim Johnston and then walk along the river yourself to see the Potomac in a new way.