“THE DECREE HAD BEEN HANDED DOWN”

The Experience of Public School Desegregation

as told by six women who were there

In 1954, the Supreme Court of the United States rendered a ruling on the case of Brown v. Board of Education: a monumental decision that fundamentally changed America and jumpstarted the Civil Rights movement that still continues to this day. That ruling overturned the legal precedent set by the 1896 Plessy v. Ferguson case that established “separate but equal” accommodations for public facilities with regard to race. Segregated schools were no longer legal, and states with segregated school systems must begin to integrate, or face eventual consequences. In Montgomery County, Maryland, the members of the Board of Education set about the task of planning the integration process. It was the first county in Maryland to answer to the landmark ruling.

Separation may have been complete, but equality was was rarely even attempted. In fact, until Thurgood Marshall argued for the equalization of teachers’ salaries on behalf of William Gibbs in 1937, black teachers were paid roughly half of what their white counterparts were paid in Montgomery County, as was the case in most of the South. The County did not provide public education for black children until 1872 (white schools were established in 1860), and no post-elementary education for black students was possible in the County until 1927 (white children had local access to grades 9-11 by 1892). Before that, black children who wished to go to high school had to commute to the District if they had the means to get there, which many did not. The County spent twice the tax dollars on buildings, maintenance, and supplies for white schools than for black schools, and conditions in many of the one-room school houses for black children were substandard to an appalling degree well into the 1950s. 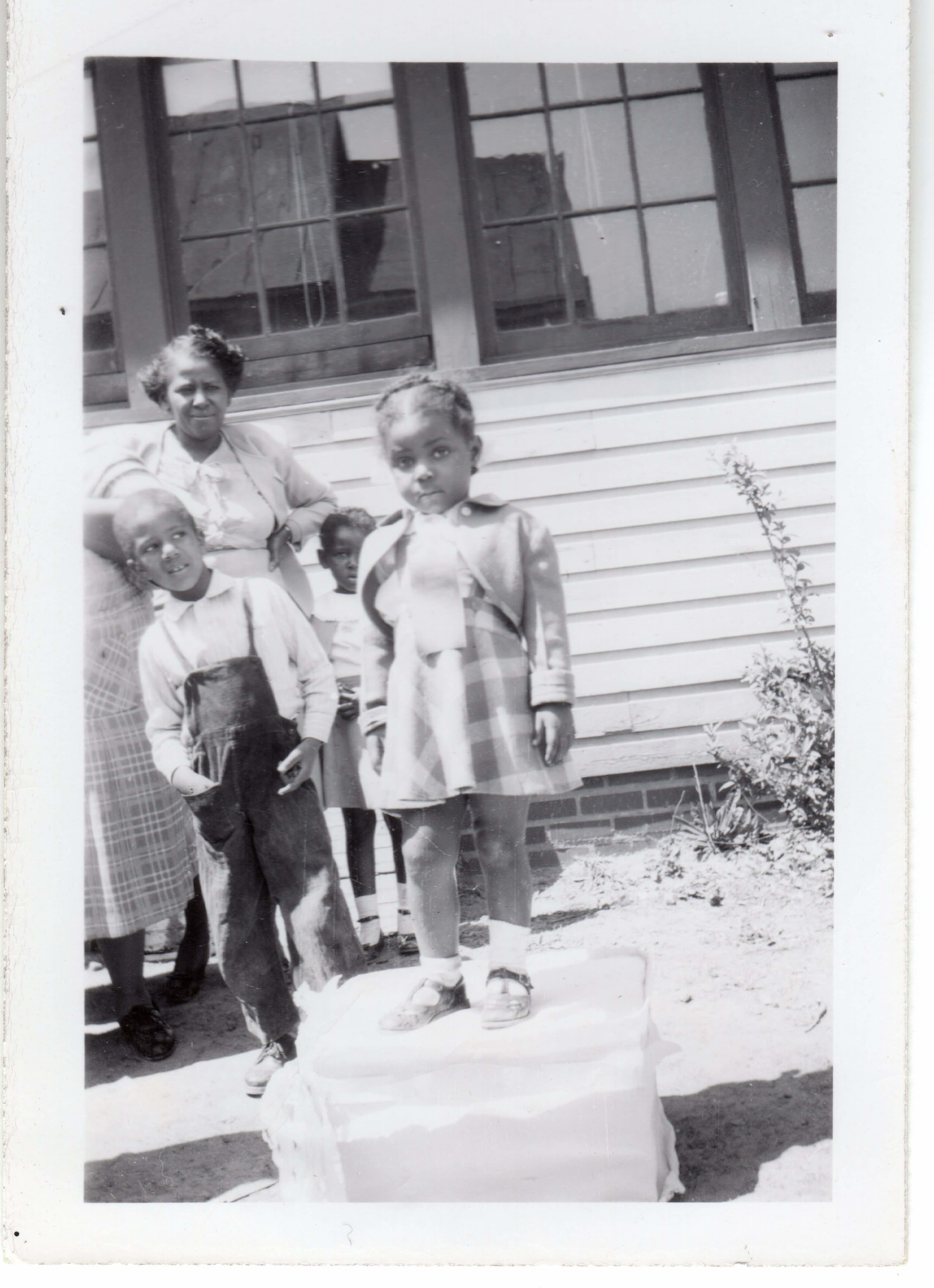 Children outside what is thought to be Norbeck School, c. 1930s. Photo credit: Montgomery County Archives

Despite these built-in disadvantages, black communities constantly strove to provide education for their children, and succeeded admirably. People mortgaged their houses to donate money for school buildings, communities banded together with fundraisers and events to raise money for their schools, and well-educated teachers undertook long and expensive commutes from the District to provide schooling for black children in the County. Education was advocated for, fought for, and provided solely through the efforts of dedicated members of the black communities that were themselves becoming subsumed by white suburbanization of the previously rural farmlands of Montgomery County: communities like Scotland, Ken-Gar, Tobytown, Emory Grove, and Lincoln Park that an entire generation of black Americans called home. 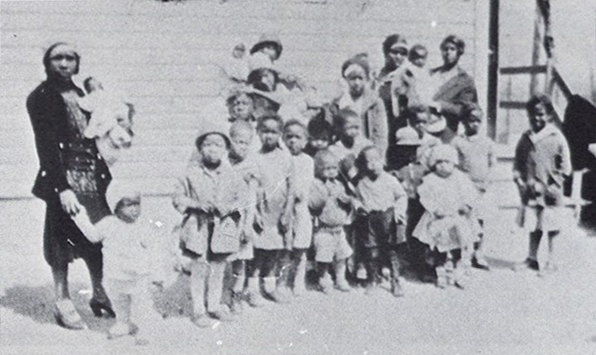 To tell the story of the desegregation ruling, and the subsequent efforts to integrate the public schools in Montgomery County, we turn to five black women who lived that experience: Margaret Taylor Jones, Geneva Mason, Doris Hackey, Edith Throckmorton, and Nina Honemond Clarke. These women were educators, community leaders, and pioneers, with combined decades of experience administering and teaching in the segregated school system, followed by the seven years of difficult transition to an integrated school system. The sixth woman, Rose Kramer, was a member of the Montgomery County School Board: a strong advocate for the integration of schools and a white Jewish woman born to immigrant parents. This is their experience of the desegregation process in Montgomery County–before, during, and after–in their words.

*Curator’s note: certain terminology used henceforth is indicative of the era. All quotations have been faithfully transcribed, and use terms that were appropriate and acceptable for that time period. No offense is intended, nor would have been perceived at the time these terms were in common use.