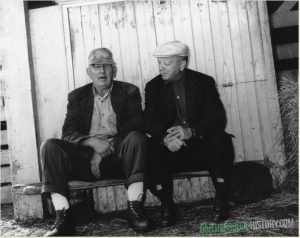 *NEW* Herman Rabbitt: The Man, The Money, The Legend, and The Legacy

When eccentric Montgomery County cattle farmer and land speculator Herman Rabbitt died in 1972, part of his $2.5 million estate was found buried in milk cans on his property. The rest was part of a three-year legal battle between bickering heirs. But the story of his unlikely millions was only one of the strange and legendary tales from Rabbitt’s life still told and retold by old-timers today. Learn more about the battle for Herman’s money and other anecdotes from his unusual life.

Reed Brothers Dodge was one of the longest running automobile dealerships in Montgomery County history, operating from two locations in Rockville for 97 years. This PowerPoint presentation features historical photographs taken by the dealership’s founder, Lewis Reed, and highlights how Reed Brothers Dodge came into being, and how the company overcame the inevitable changes and challenges throughout almost a century of being in business. 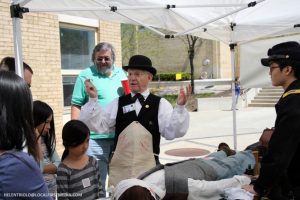 The Country Doctor in the 1800s: The Life & Times of Dr. Edward Stonestreet of Rockville
Reenactor: Clarence Hickey
This first person portrayal reflects the life and historic times of Dr. Stonestreet when he practiced medicine in Montgomery County from 1852-1903. It is based on the speaker’s 2009 book Send for the Doctor, which chronicles Dr. Stonestreet’s: medical education; 51-year medical practice of house calls and office visits as local physician and surgeon; responding to accidents and injuries; a brief look at the doctor’s service as Civil War surgeon with the Union Army; and the historic times during which he lived and practiced. This presentation also is available as a PowerPoint slide show. A field trip option can be included to visit the Stonestreet Museum of 19th Century Medicine in Rockville, Maryland. Book sales and signings can be included, with all of the sales proceeds going to Montgomery History. 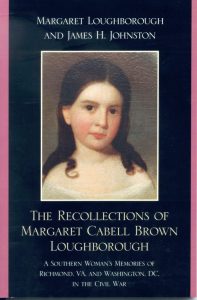 The Loughborough Family of Montgomery County

For 162 years, the Loughboroughs were one of the most prominent families in Washington and southern Montgomery County. Nathan Loughborough was a Quaker, working for the Treasury Department in Philadelphia, who moved here with the government in 1800. After he left government, he applied his financial expertise on the board of the Farmers and Mechanics Bank in Georgetown, the C&O Canal Company, and the Washington (Rockville) Turnpike. He owned twin townhouses in Georgetown, a 250-acre estate in northwest Washington called Grasslands, an 800-acre tobacco farm in Bethesda called Milton, and an estate in Middleburg, Virginia that later became the famous Melon farm there. Loughboro Road and Loughborough Lane are named for him. Later generations of the family fought in the Civil War on the Confederate side and aided the Confederacy. They also left memoirs of those times which can now be found in speaker James Johnston’s new book on the Loughborough family entitled, The Recollections of Margaret Cabell Brown Loughborough: A Southern Woman’s Memories of Richmond, VA and Washington, DC in the Civil War. To learn more about the book and the Loughborough family visit the speaker’s blog.