Learn the hidden history behind a feminist commune that ran Commonwealth Farm Inn in Colesville from 1903 to 1947. These savvy businesswomen ran an inn and restaurant that was a popular country retreat for Washingtonians. How did they end up in Montgomery County, and why was their presence forgotten? It’s a fascinating story of women determined to control their own spiritual and economic destinies. 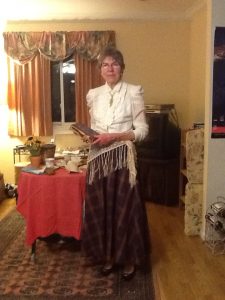 We Were There, Too: Nurses in the Civil War
Reenactor: Candace Ridington

Candace Ridington portrays a nurse reminiscing about her time of service in Washington, D.C., during the Civil War when the nursing profession struggled to create itself. This reenactment portrays the nurse profession’s early challenges, its rewards and sadness, and a glimpse of other nurses whose names are known to us through their journals. Suitable for adults and young adults. 45-50 minutes. 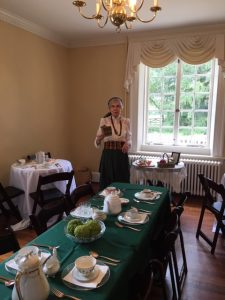 The Little Woman Who Grew Up: A Visit with Louisa May Alcott
Reenactor: Candace Ridington

Using her own script, Candace Ridington portrays Louisa May Alcott, daughter of the controversial Bronson Alcott and author of Little Women and Hospital Sketches, abolitionist, and nurse in Washington D.C. during the Civil War. Learn about the challenges and rewards of Alcott’s life, including her family’s struggle to live at Fruitlands, a Utopian Society her father attempted to create, and her harrowing stint at the Union Hotel Hospital in Georgetown shortly after the battle of Antietam. The program lasts about 45 minutes. 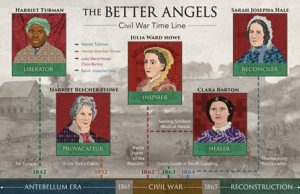 The Better Angels:  Five women who changed – and were changed by – the American Civil War
Speaker: Robert Plumb

A presentation in PowerPoint format about five remarkable women who made important contributions to the Union cause at various stages before, during, and after the critical years of the American Civil War. The singular actions of Clara Barton, Julia Ward Howe, Sarah Josepha Hale, Harriet Beecher Stowe, and Harriet Tubman led to their prominence during the war, and launched them into successful public roles following the conflict. Plumb will cover highlights of the women’s contributions, their legacies, and their defining qualities such as courage, self-assurance, and persistence that led to their successes. Plumb’s newest book, The Better Angels, was published by Potomac Books, an imprint of University of Nebraska Press, in March of 2020. 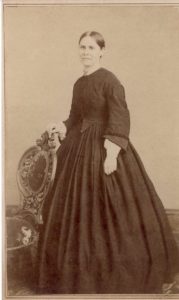 The story of Rockville’s Dora Higgins and her experiences during the Civil War.  Based on a letter that Dora, an ardent abolitionist, wrote to her mother describing her trials as  rebel general J.E.B. Stuart’s men came through Rockville and captured her husband. Dora Higgins’ experience in Civil War Rockville casts a light on the divisions apparent in even a small town in Maryland and how those divisions affected everyday dealings with neighbors. 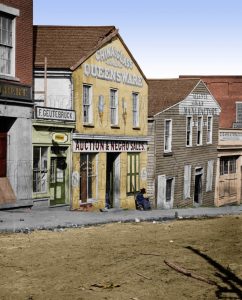 Differing Historical Perspectives on Slavery in Maryland and the District of Columbia
Speaker: James H. Johnston

The word “slavery” brings up a mental image of the “peculiar institution” as it existed in the Deep South right before the Civil War. Slavery in the Washington area was different. It began the same – in the late 1600s, Ninian Beall’s tobacco plantation occupied the land where the White House is today – but it soon changed. After tobacco wore out the land, slavery made less sense, and it was hard to enforce with an increasingly diverse capital of the United States. By the time of the Civil War, Washington, D.C. still had slaves, but they lived among a population of free African Americans. Author James H. Johnston will discuss the differing perspectives on slavery that emerge from his two books, The Recollections of Margaret Loughborough, about a daughter of the Old Dominion of Virginia, and From Slave Ship to Harvard, which follows six generations of an African American family in Maryland.

The following talks are currently unavailable on Zoom:

The Path to Leadership: The Next Chapter
Speaker: Claire McDonald

Claire McDonald, creator of Montgomery History’s two-part online exhibit “The Path to Leadership,” ​discusses the influence of Montgomery County women in the political arena pre- and post-suffrage. Learn about some of the most influential women in Montgomery County politics and their fascinating stories in this decade-by-decade look at women’s rise to prominence from the 1920s on. 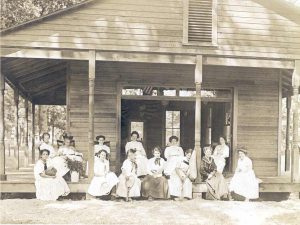 Claire McDonald, creator of Montgomery History’s two-part online exhibit “The Path to Leadership,” speaks about women’s suffrage in the county and its relationship to the growing network of women’s clubs from the late 19th century through the early 1930s. Learn about three local women and their indirect paths to leadership and politics, as well as the struggles women leaders in the county faced on their road to success.

Clara Barton: No Ordinary Courage
Speaker: Susan Rosenvold
Public Service hallmarked Clara Barton’s life from her initial career as a school teacher to her medical support and nursing during the Civil War, the establishment of the American Red Cross and First Aid Association in 1905.  A favorite civilian volunteer of Generals Ambrose Burnside, Benjamin Butler, and Ulysses S. Grant, she received a rare compliment from President Abraham Lincoln via his published request to the public supporting her missing soldier’s identification work.  This presentation explores the talents and events that guided Barton throughout her life and her legacy to the American people through the American Red Cross. PowerPoint Presentation/lecture.

Clara Barton’s Washington
Speaker: Susan Rosenvold
Join Speaker Susan Rosenvold and discover Washington D.C. through the eyes of one of it’s residents – Clara Barton.  Barton lived in Washington several times, first, to become an independent woman, second, as a humanitarian and later as s lobbyist attempting to found the American Red Cross.  Discover what Washington was like, who Clara rubbed elbows with, and her success as a humanitarian. PowerPoint presentation/guided tour/portrayal.