The quotes used in this exhibit were collected from a series of Oral History interviews conducted by various organizations in Montgomery County between 1971-1977 and 1999-2005. They have been collected and preserved by Montgomery History, which has made them available to the public for research and education purposes. These six women who told their stories had interesting careers beyond their participation in the school system during integration in the 1950s. For more information on their lives and contributions, visit the Jane C. Sween Library in Rockville and the Montgomery County Archives in Gaithersburg, both administered by Montgomery History. 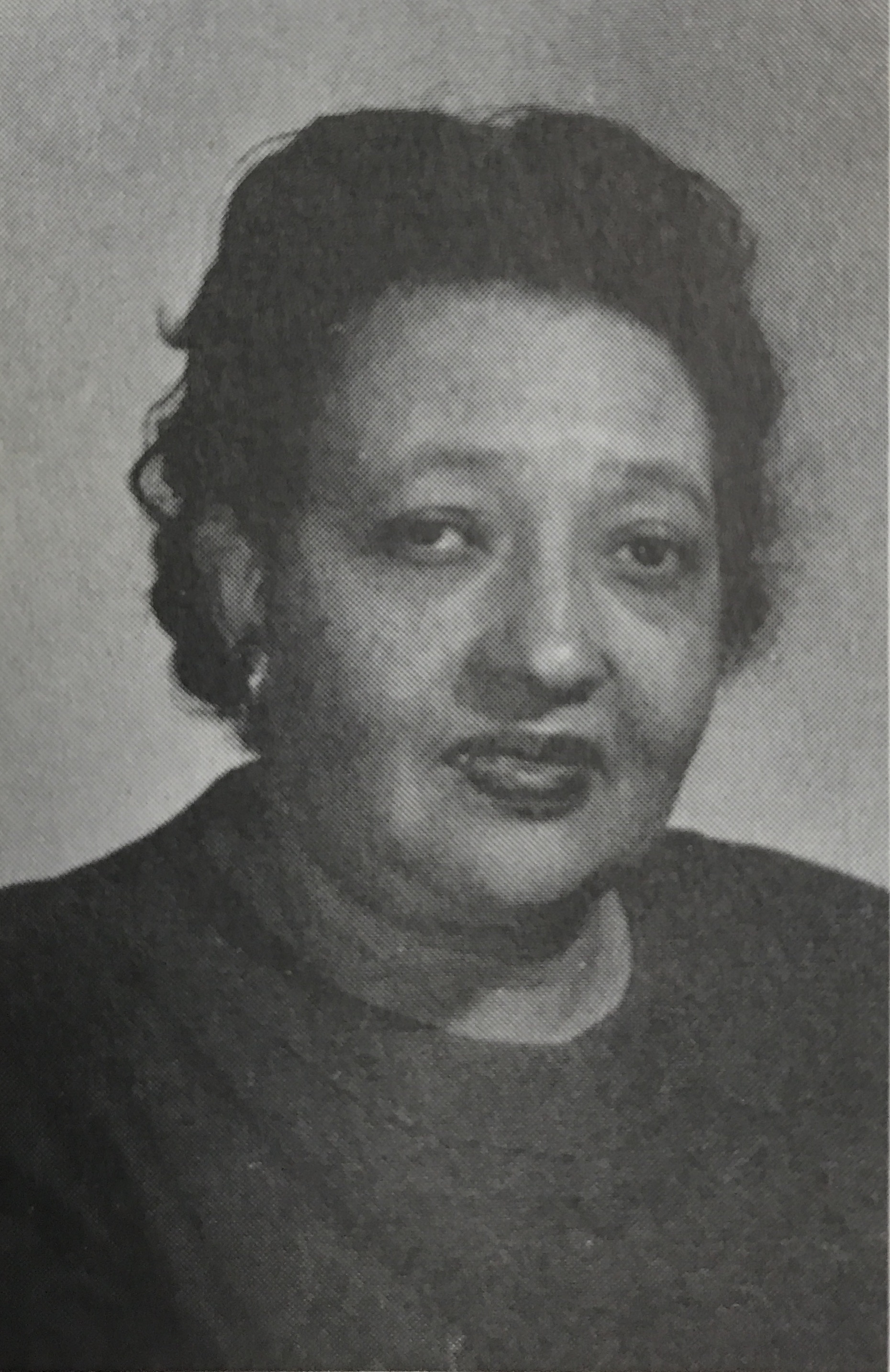 was born in 1907 in Washington, D.C. She earned her bachelor’s degree from Howard University and her master’s degree from Columbia University. For 40 years, she worked as a teacher, supervisor, and principal in Montgomery County Public Schools. She taught elementary school at the Scotland School and Rockville Elementary School for 20 years and served as President of the Montgomery County Parent-Teacher Association Council (black) from 1943 to 1953. From 1951 to 1955, she acted as Supervisor for black elementary schools in the county, while continuing as Principal of Rock Terrace Elementary School. In 1959, she was appointed as the first black principal of Bannockburn Elementary School, at the time an all-white school in the Bethesda area. Ms. Jones was interviewed in 1971 by Anne Elsbree and died in 1977 at age 60. 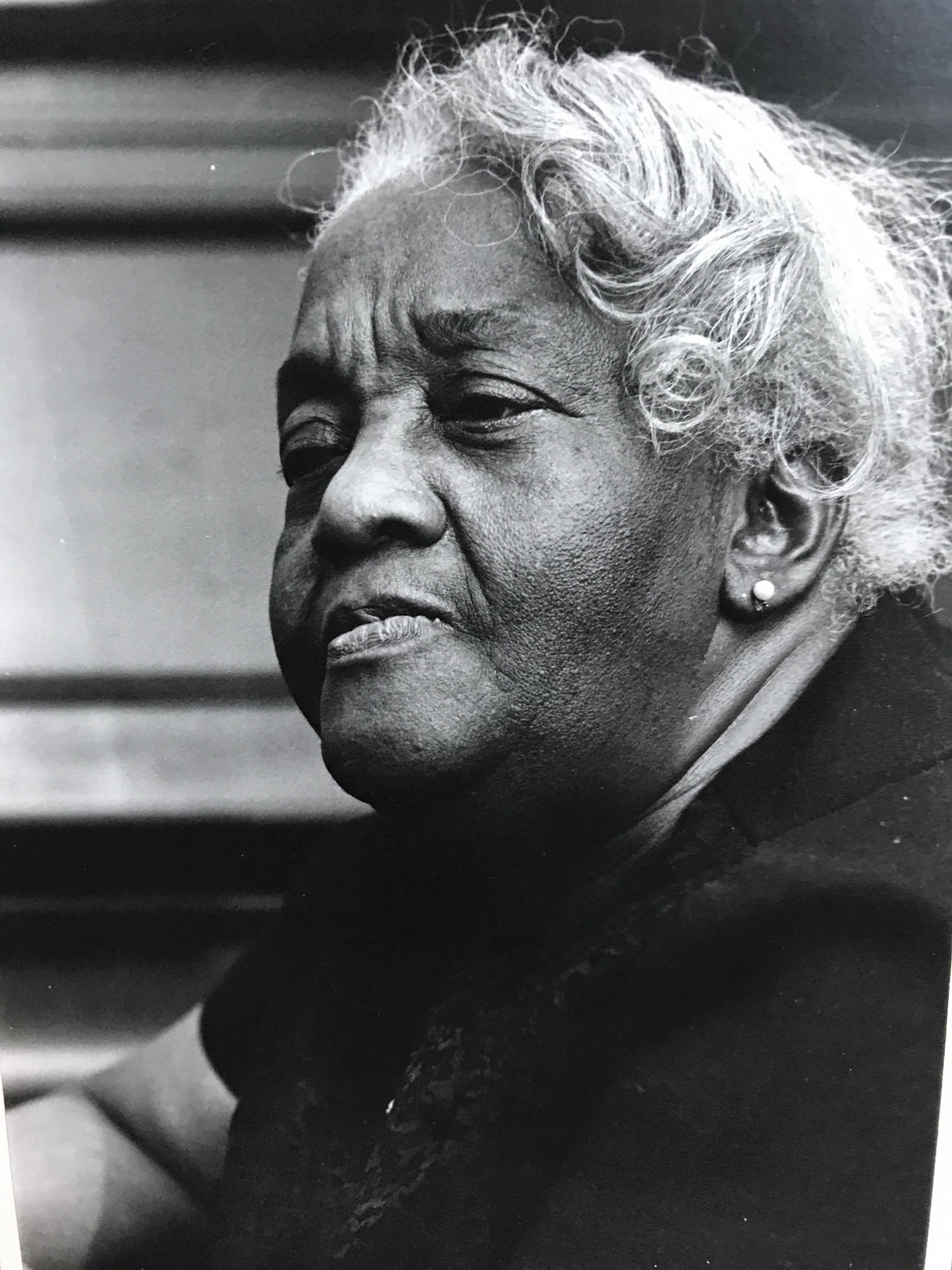 born in 1900 in Washington D.C., was in the first graduating class of O Street [Margaret Washington] Vocational School, and had moved to the Scotland community in Montgomery County by the early 1920s. She was influential in requesting the appointment of a teacher and the acquisition of supplies for a new school in the black community of Scotland, campaigned for the building of Suburban Hospital, and worked throughout her life to improve housing, sewer, and water conditions for her community. She was also foster mother to 27 children in the Montgomery County system, as well as providing temporary care for dozens of infants from Family Services in D.C. until their adoptions were arranged. Ms. Mason was interviewed in 1975 by Joyce Siegel and died in 1980. 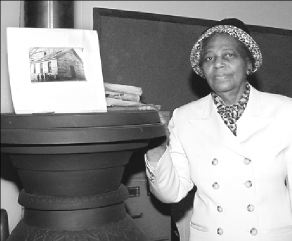 has lived in Montgomery County her entire life, first attending the segregated elementary school in Poolesville and graduating valedictorian of her class from Rockville Colored High School in 1934. She earned her teaching certificate from Bowie State Teacher’s College, her bachelor’s from Hampton Institute, and a master’s degree in education from Boston University. Part of her 36-year tenure in the Montgomery County Public Schools included serving on the professional committee appointed by the School Board to plan the integration process in 1954-1955. Previously, she had taught at the segregated Quince Orchard School and at the Sandy Spring consolidated elementary school, among many others. After integration, she continued in the school system and retired in 1973 as principal of Aspen Hill Elementary School. Following her retirement she transitioned to a career as a public educator and an expert local historian, co-authoring A History of the Black Public Schools in Montgomery County, Maryland (1978), and authoring A History of the 19th Century Black Churches in Maryland and the District of Columbia (1983). She has been a lifetime member of the NAACP and also served as a volunteer docent for the Montgomery County Historical Society, in addition to holding membership in dozens of other organizations throughout the county. She was interviewed twice in 2003, by Paul Van Nevel and also by Lisa Crawley. Ms. Clarke still lives in Montgomery County and celebrated her 100th birthday in 2018. 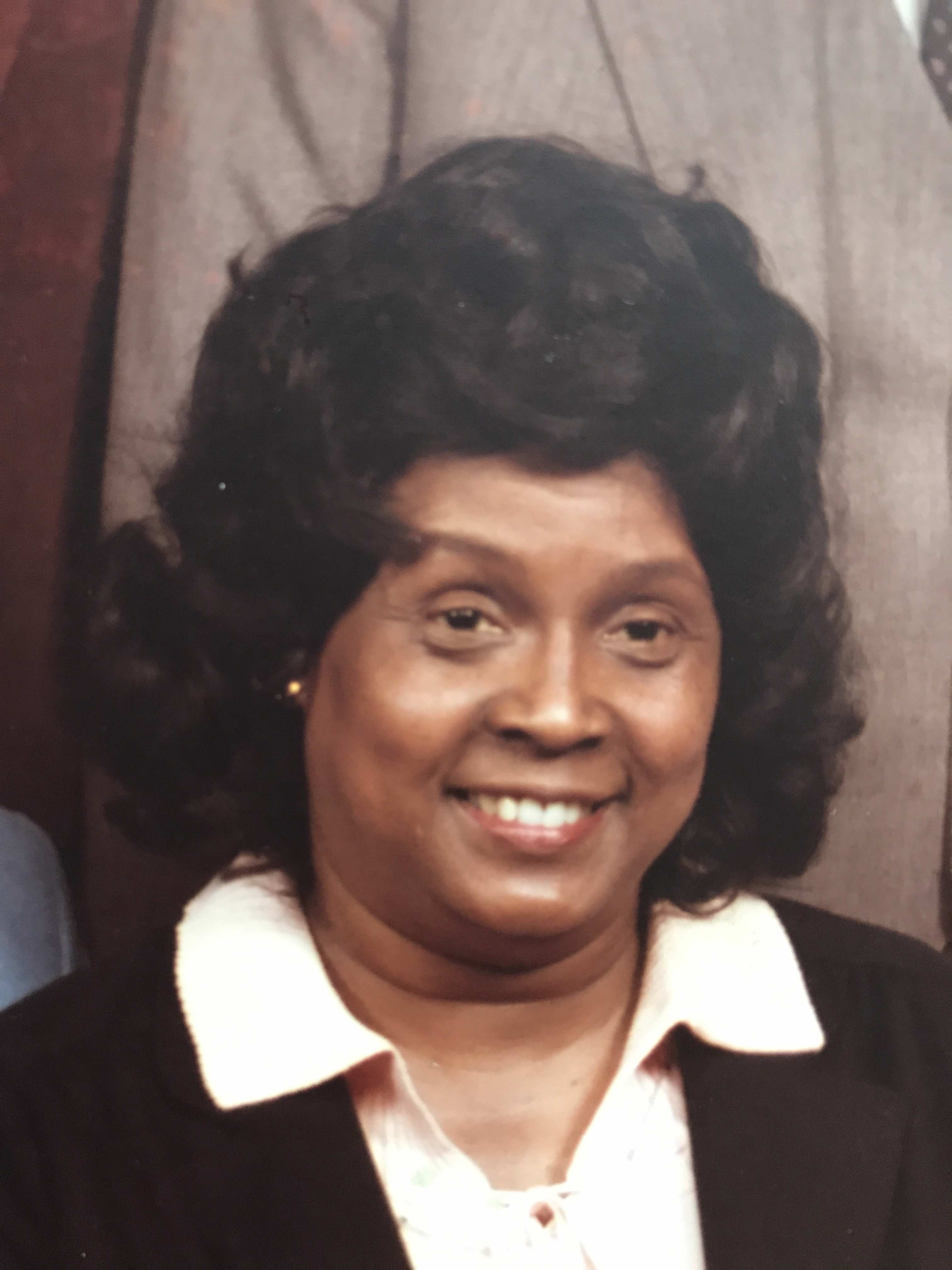 grew up in Germantown, Maryland and attended the segregated school there, where Nina Clarke was one of her teachers. She graduated from Lincoln High School in 1945,  then attended Miner’s Teachers College in the District as well as taking courses at Bowie State, Montgomery College, and Towson. Her coursework qualified her for a teacher’s card which enabled her to substitute-teach in the segregated Montgomery County schools, including Germantown, Quince Orchard, and Edward U. Taylor, among others. As a young mother and teacher, she experienced the integration of the public schools in the 1950s and was also influential in working toward integration of the Catholic Schools in Germantown. She earned her bachelor’s degree from Antioch in 1972 and a Master’s from Hood College in 1986. In addition to raising her own children, she operated a nursery school and daycare as well as teaching at Montgomery County Head Start for almost 25 years. She and her husband George live in Clarksburg. Ms. Hackey was interviewed in 2004 by Paul Van Nevel. 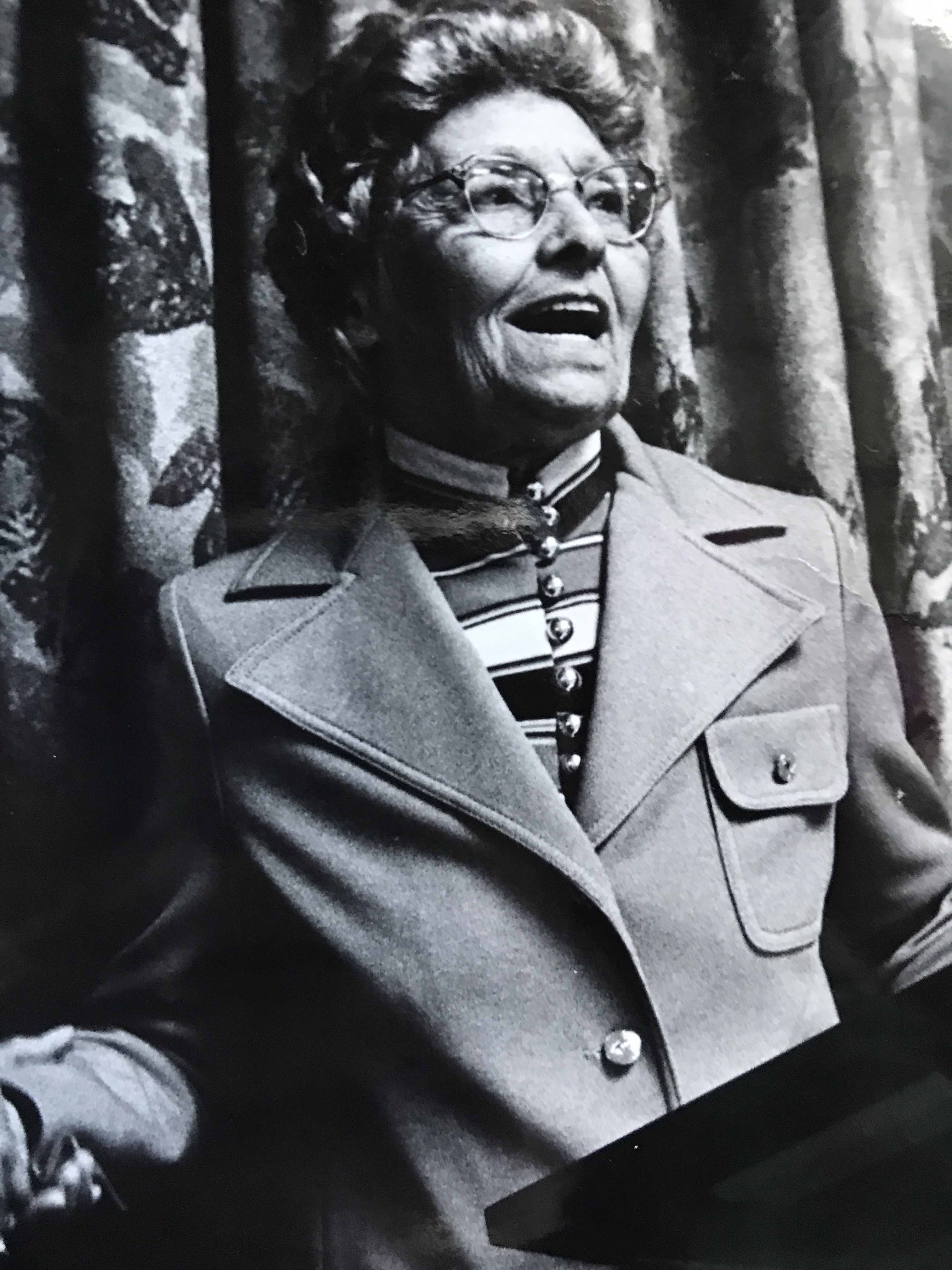 was born in Jefferson County, West Virginia in 1901, and moved to Pennsylvania with her family in 1912. Her father was a teacher and religious leader in their community. When Edith completed her education at Pennsylvania State Teachers College, she moved to Maryland to accept a position in Calvert County schools, moving up in the system to teaching principal in Frederick County, principal in Cambridge, and principal of Sellman, Sandy Spring, Laytonsville and Longview segregated schools in Montgomery County from 1939-1959. She retired in 1959 from the Montgomery Public Schools, taking leadership in the Montgomery County chapter of the NAACP and becoming its president by 1962, a post she held for 16 years. During her tenure there she advocated for fair housing and equal employment opportunities for low-income residents, as well as helping to establish the Human Relations commission in government agencies . She also participated in Civil Rights activities, including organizing busloads of county citizens to join the March on Washington with Dr. Martin Luther King, Jr. in 1963. Her decades of leadership in Montgomery County led to important legislation, community awareness, and vital programs for the poor and disenfranchised. Ms. Throckmorton was interviewed in 1977 by Jeanine Jeffs and died in 1982. 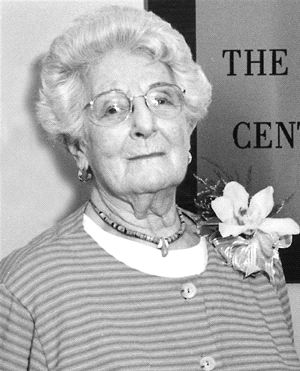 received a bachelor’s degree from Wilson Teachers College and a master’s degree in English from the Catholic University of America, and taught school in Washington, D.C. for 10 years.  She and her husband relocated to Montgomery County in 1940, where she stopped teaching after the birth of her second child. However, she soon returned to the realm of education by joining the Montgomery County School Board, serving two terms which included the desegregation of the schools from 1954-1960. She was a strong advocate for a fast and complete integration plan, advising both the Board and the Superintendent against delays. From 1966-1970, she served on the Montgomery County Council, working for fair housing in conjunction with the NAACP; she also served two terms on the WMATA Board and taught courses at Montgomery College. Ms. Kramer was interviewed in 1999 by William Offutt and died in 2006 at the age of 94.