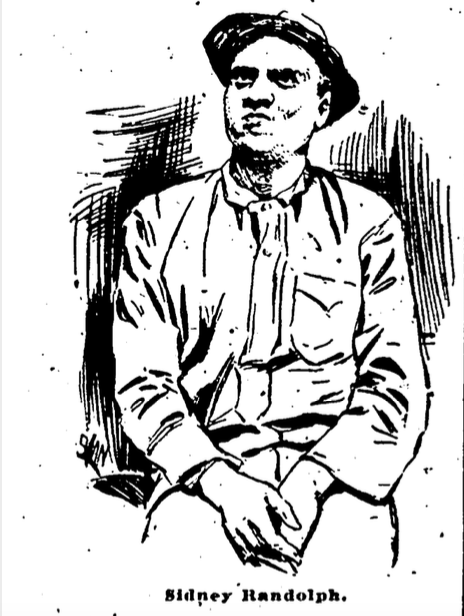 Sidney Randolph, as depicted by the Evening Star, in its reporting on the lynching July 4, 1896.

Sidney Randolph, a native of Georgia in his mid-twenties, was lynched in Rockville, Maryland on July 4, 1896 by an officially-unidentified group of white men from Montgomery County. The full story of Sidney Randolph’s murder was connected to the mystery involving an axe-wielding attack on the Buxton family of Gaithersburg in May of that same year, and the subsequent death of the youngest child, Sadie Buxton. Though professional detectives were brought in from both Washington and Baltimore to investigate the case, local residents of Gaithersburg took it upon themselves to find and/or create circumstantial evidence implicating Sidney Randolph, a stranger to the area who had no motive and consistently maintained his innocence. Removed to the jail in Baltimore to avoid an immediate lynching, Randolph survived repeated interrogations while imprisoned from May 25 until July 4, when a masked mob of white men dragged him from his cell in the Rockville jail, brutally beat him, and hanged him from a tree just outside of town along Route 355. His murderers were never identified or brought to justice for this crime. 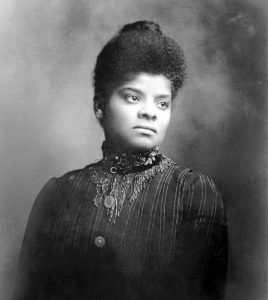 According to journalist and activist Ida B. Wells, who had spent the previous five years researching lynchings throughout the South, Randolph’s murder fell in line with many typical lynch law actions she had observed against Black men. In a speech given to the Anti-Lynching Society in Washington, D.C. a few weeks after his murder, she said, “Many a negro is lynched as a scapegoat for another man’s crime. An editorial in one of the papers clearly states that the lynching of Sidney Randolph, the negro lynched in Montgomery County, Md, was instigated by the real murderer of Sadie Buxton. Randolph was a scapegoat” (Washington Evening Star: July 24, 1896, page 12). 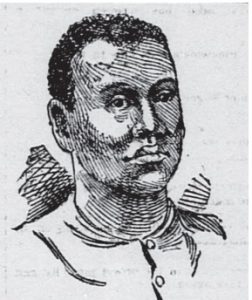 Randolph, as pictured in Washington’s Evening Times in an article reporting on his lynching, July 4, 1896.

Below is as complete an account of events related to the Buxton case and the lynching of Sidney Randolph as can be compiled based on a close reading of more than 200 newspaper articles appearing in dozens of newspapers nationwide. Our research has relied heavily on the most local sources to create this narrative, focusing primarily on articles published in Washington, D.C., Baltimore, and Montgomery County. Currently, they are the only source material from the time on which to base a narrative. However, newspapers– especially at this time–are a problematic source of information that must be read with a high level of skepticism for many reasons. They are full of errors, as well as the biases of the people and the time, and with few exceptions, they are accounts written by white people for an exclusively white readership. It is important to remember that the narrative presented by the newspapers had an agenda, and it’s up to us to realize the limitations of the lens through which we are looking at the past. In the narrative below, newspaper accounts have been verified (and sometimes corrected) using additional primary sources, including court records, death records, census records, marriage records, family and community histories, maps, and obituaries.

Additional information used to compile this authoritative version of events is provided in several categories below. In addition to providing information on how to access the newspaper accounts cited in the narrative, we are sharing several map-based visual aids to geo-locate these events. Extensive biographical information is provided on most of the named participants throughout the case, outlining their personal backstories and relationships beyond what is possible to share in the narrative. We have also provided a collection of primary source documents used to verify details reported in the press, with links to the repositories where these documents were located.

Use this link to skip to Ralph Buglass’s talk, “Retrospective on Race.”

Use these links to skip to Sarah Hedlund’s talk, “The Rockville Lynchings”, the stories of Mr. John Diggs-Dorsey and Mr. Sidney Randolph

Use this link to skip to Tony Cohen’s talk, “Anatomy of a Lynching.”

Use these links to skip to comments by County Council members Will Jawando and Hans Riemer.

On September 26, 2021, Montgomery County leaders and residents joined together in a remembrance pilgrimage walk and soil collection ceremony to memorialize John Diggs-Dorsey and Sidney Randolph.

The pilgrimage walk began by the site where the old Montgomery County jail once was, close to where the County Council building is now located in Rockville. Participants made several stops, including the property once known as West’s Farm, which is the area where Diggs-Dorsey was lynched, and the area near Montgomery College once called the Anderson Farm, where Randolph was killed 16 years later.

The walk ended at Welsh Park, near the halfway point between the two areas where both men were killed. During the soil collection ceremony at the park, residents quietly lined up to scoop soil into several jars placed on the ground. Soil from Welsh Park was combined with soil from near the areas where the men were lynched. One jar of soil for each man was given to the EJI representative for display in the Legacy Museum in Alabama, and five additional jars were distributed to local cultural heritage organizations, including Montgomery History.