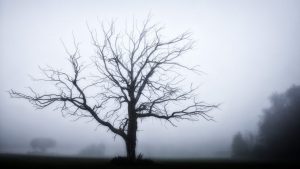 The second lynching in Montgomery County, Maryland, took place less than six months after the first. John Dorsey, also known as John Diggs, a Black man in his early twenties, was living and working in Darnestown, as servant to a middle-aged couple: James and Linnie Tschiffely. On the morning of July 25, 1880, while James was out of town, Linnie Tschiffely appeared at a neighbor’s house badly beaten, and accused John Diggs-Dorsey of raping her and physically assaulting her the night before. After a two-day manhunt that spread out into Maryland and into Washington, D.C., Diggs-Dorsey was apprehended on July 26 while walking along a public road and brought to the County jail in Rockville. Several hours later, in the early morning hours of July 27, the jail was forced by a lynch mob. Diggs-Dorsey was removed from his cell, marched in leg-irons to a place one mile outside town on Route 28 and hanged from the limb of a tree until dead. The local jury of inquest as well as the grand jury convened four months later both returned a verdict of death by “violence committed by parties unknown.”

Why the hyphenated name?

The news of John Diggs-Dorsey’s murder was printed in dozens of papers nationwide, representing no fewer than seventeen states. Many articles carried headlines like “Lynch Law in Maryland,” and if any opinion was implied, it was usually one in agreement for the punishment of the “brutal negro,” or other such common phrases employed to negatively characterize the lynching victim as deserving his fate. This shows a distressingly wide-spread attitude at this time of tolerance– or at the very best, indifference– regarding the practice of lynching, even from northern cities like New York and Chicago.

Perhaps because of the alarming incidence of two lynchings in one year, Judge Richard Johns Bowie, then Justice of the 6th Circuit Court of Maryland and the Maryland Court of Appeals, made a special charge to the Montgomery County Grand Jury members on November 12, 1880, condemning the act of lynching and raising points of law to be considered as part of their responsibility to mete out justice on the perpetrators. He was openly scorned by the local newspaper, the Montgomery County Sentinel, for applying the “literal enforcement” of the law to cases involving “defenseless women,” where the court system was seen as inadequate to punish the offense. Judge Bowie’s words still have resonance today, and speak to the ultimate hypocrisy of extra-judicial murder apologists: “But who shall say that a man whom the law presumed to be innocent was not so, except a jury of the county by fair and full trial.” Despite the insistence of many local residents that lynching was a justifiable action, Montgomery County did not see another one for fifteen years, by which time the nationwide attitude, if not the local one, had shifted significantly. 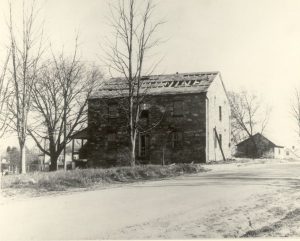 The Montgomery County Jail building, in Rockville, pictured c. 1935 shortly before its demolition. John Diggs-Dorsey was violently dragged from this building to his death on July 27, 1880.

We invite you to read John Diggs-Dorsey’s full story below, pieced together from newspaper articles, census records, and other sources. It is the most accurate account that can be assembled at this time, based on available documentation.

The information used to compile this authoritative version of events is provided in several categories below. In addition to providing the newspaper accounts cited in the narrative, we are sharing full versions of the maps and atlases used to geo-locate these events, as well as short biographies of the named participants, outlining their personal backstories and relationships beyond what is possible to share in the narrative.

Use this link to skip to Ralph Buglass’s talk, “Retrospective on Race.”

Use these links to skip to Sarah Hedlund’s talk, “The Rockville Lynchings”, the stories of Mr. John Diggs-Dorsey and Mr. Sidney Randolph

Use this link to skip to Tony Cohen’s talk, “Anatomy of a Lynching.”

Use these links to skip to comments by County Council members Will Jawando and Hans Riemer.

On September 26, 2021, Montgomery County leaders and residents joined together in a remembrance pilgrimage walk and soil collection ceremony to memorialize John Diggs-Dorsey and Sidney Randolph.

The pilgrimage walk began by the site where the old Montgomery County jail once was, close to where the County Council building is now located in Rockville. Participants made several stops, including the property once known as West’s Farm, which is the area where Diggs-Dorsey was lynched, and the area near Montgomery College once called the Anderson Farm, where Randolph was killed 16 years later.

The walk ended at Welsh Park, near the halfway point between the two areas where both men were killed. During the soil collection ceremony at the park, residents quietly lined up to scoop soil into several jars placed on the ground. Soil from Welsh Park was combined with soil from near the areas where the men were lynched. One jar of soil for each man was given to the EJI representative for display in the Legacy Museum in Alabama, and five additional jars were distributed to local cultural heritage organizations, including Montgomery History.